Since its purchase by Nike in 2003, Converse has been rebuilt as the cool brand for adolescents and "optimistic rebels" who look for ways to express their personal style.  Its marketing strategy (which has led to more than 18 million Facebook friends - twice as many as Nike!) deserves a post - especially as Europe has been in the front line.
Two areas were given preference, and usually overlap, in the initiatives of the brand: music and art.  Noticing that Converse was being worn by many mythical groups (like The Ramones and, today, The Strokes), the brand has invested in the music scene. At the same time, it launched the creation of new models, whose design was entrusted to artistes - little known, more often than not.
Three recent initiatives illustrate this approach:

But, more importantly, this also resulted in real artistic creations that were even featured on YouTube - three artists being commissioned to reinterpret the All Stars.
We cannot but acknowledge the absolute consistency of the approach - a strategic coherence in the brand's positioning, and coherence in the methods it uses to reach out to its customers.

We just learned that Apple intends to become a virtual mobile operator (MVNO).  The brand has worked for several years with Gemalto to develop a revolutionary "chip":  this SIM card is wholly virtual.  According to Les Echos (29-30 October), it is "an electronic component loading flash memory to activate the telephone on the operator's network".  We are therefore going to see a fundamental change within the telecommunications market:  operators will potentially be "responsible for maintaining a network of channels, and double as bankers who might subsidize telephones".  Mobile telephony will see a revolution - just like music did after the launch of iTunes.
I think this is additional proof of the existence of a genuine Apple ecosystem - enabling the brand to develop with a completely new business model: instead of selling products (a manufacturer Business Model), instead of selling a brand (a brand Business Model), Apple sells solutions.
Each of these solutions – corresponding to consumer issues / expectations - being extremely "pertinent" with regard to these expectations, the consumer - following a "contact" rationale - will be drawn towards an interest in other Apple solutions, and so buy a new trinomial - wish / product / solution. A perfect method of "percolation" towards the heart of the brand ...
Let's take some examples:

The arrival of Apple as a virtual operator fits into this logic. Faced with operators whose business model relies on proposals made by engineers – with no concept of service and no reflection on the expectations of consumers - Steve Jobs could only repeat one of his own phrases (when he opened Apple Stores) and transpose it: "Buying a car is no longer the worst purchasing experience; buying a computer is now number one".  Apple, after the success of the iPhone, offers to reinvent the relationship we have with our telephone operators – it's about time.

I have related in length the work that Louis Vuitton is doing with Takashi Murakami, citing it as an "exemplary story". There is yet another excellent story that has lasted now for 12 years and which the news reminds us about: the work that Jean Baptiste Mondino does for Jean Paul Gaultier's perfumes "Classique" and "Le Male". I invite you to (re)visit it with me: it will help us to appreciate its force... and the last manifestation to date.

In 1997 Mondino signed the first film in a long series, "Le Baiser". It shows the brand's iconic character, the sailor, kissing a woman (dark-haired), to bewitching music ("Casta Diva" from Bellini's La Norma). This film introduced both the men's perfume (Le Mâle) and the women's perfume (Classique) by Jean Paul Gaultier.

In 2000 the second film appeared, "Le Rendez-vous Surprise": using the same musical theme, the sailor meets a blonde woman, wearing a corset, the symbol of "Classique". The characters take definition here and will not change again.

In 2004, the third film "Le Diptyque Amoureux" shows us a face-to-face encounter of the two symbolic characters (even if the woman here has red hair).

In 2007 two films depict each of the heroes separately, "Le Vestiaire" and "Le Boudoir", but they do not meet ... and again the captivating Norma ...
Here we are in 2009: social media and Internet have invaded luxury communication space. The brand employs a number of unusual ways to launch its new campaign:
An extraordinary coherence marks this collaboration: consistency of the theme (the encounter), musical and artistic coherence in the choice of the iconic characters of the brand, consistency over time. We cannot say the same for all perfumery brands.

Brands and Musicians a Fruitful Relationship

“Le Monde” of 24 December featured a fascinating article (the title of which I allowed myself to borrow) on the new relationships that are being formed between certain brands and musicians: true partnerships are being created that allow both parties to innovate in a musical world that is quite inflexible.

1.    Brands are producing albums AND creating real events around the launch of the albums: musicians who create original songs for the Converse centenary, Cassius creating a "jogging mix" for Nike, and Procter & Gamble offering the latest album of "Kool and the Gang", "Still Kool", with the 90 dose packs of Bonux laundry soap without a change in price (consumers buying smaller sizes of laundry soap may download a free song from the Universal catalogue). On this occasion a private concert, an exhibition and a competition were held: it was therefore more than just a "sponsorship" or a simple "product placement".
2.    The brand becomes a real financial player in the category. I refer you to my note of 5th July 2008 in which I analyzed the music strategy of Starbucks in the USA: brands and trademarks have realized that music is one of the socio-economic tendencies of our society and the proximity to consumers is through it today.
3.    An opportunity for the major record companies to regain control by creating "Broadcast to Brand" divisions in the company: it is a new metier that could take the form of real internal agencies, comprehensive service providers for brands and trademarks.
4.    The musicians have access to a new distribution channel: at a time when trends in music are changing radically (drop in CD sales and growth of "free" and "peer to peer"), the question of distribution of music products and related revenue has become crucial. 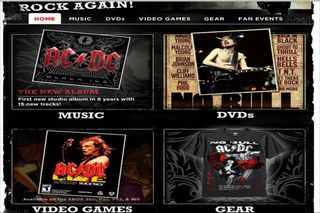 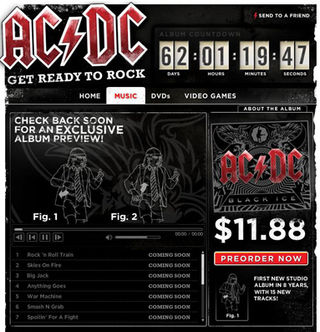 We are witnessing a major innovation:

All this seems very promising, we are witnessing a real revolution of the "music" category which is regularly presented as a disaster and which is, in fact, constantly reinventing itself.

In this dawn of 2009, I invite you to discover a specialized distribution brand that I think has a very bright future: Milonga, whose motto is "Faites la Musique"("Make Music").

It is a combination of 5 attributes that I believe are key factors for success:

Within a period of 7 years this distributor has become a leader in its category with 15 stores and shops-in-shop in the Cultura stores (the group of which Milonga is a part).  I believe that its concept of "Democratizing music" is sound: its creators do not hide the fact that their model was Decathlon, nor that they wish to build a brand that is as significant in their field. Milonga reassures me in my belief that today the real retail innovations are found in specialized distribution.

Starbucks: the "commoditization" of a visionary brand

One of the fundamental elements of brand identity was thereby reinforced: to offer a real experience to customers by creating a "third place" between home and work where they could relax and eat.

Starbucks had chosen to re-launch the legendary jazz label Blue Note - and allow its customers to discover niche music. This is how they actually launched Madeleine Peyroux and in 2004 released the album "Genious Loves Company" by Ray Charles. From 1999 Don MacKinnon, who had created the Hear Music label, spoke of "niche music that people do not get through regular commercial channels ... these little surprises can be one of the most rewarding things for customers."

In April 2008, Howard Schultz, seeing that diversifying into music did not have the expected results and was the focus of criticism from the press, dismissed Ken Lombard, president of the "entertainment unit", who he had himself recruited in 2004.

What has happened since then?

Continue reading "Starbucks: the "commoditization" of a visionary brand" »