The new boutiques of beauty brands

The discovery of the new Giorgio Armani Cosmetics boutique in Hong Kong (see Brandwatch of 26 January) and the new format of the Chanel Beauty boutique (see Brandwatch of 8 September 2013) prompted me to look closely at what luxury brands are preparing as new retail concepts for their beauty offers.  As it often happens, these new concepts are tested and developed in Asia, as near as possible to the most demanding market ... with the greatest potential.

Levi's does not stop "reinventing" itself, to quote the Wall Street Journal. The brand is growing upwards and downwards. Two details seem to prove this, but is there a strategy at all?

This announcement reminds me of a previous initiative by Levi's in 2003: the creation of the Signature by Levi Strauss range. Seeing the growth of private labels in jeans - and wishing to cater to all customers who buy jeans in supermarkets (representing approximately 40% of market share in the USA), Levi's conceived the "Sell Where They Shop" strategy, a sub-brand dedicated to major retail outlets and distributed at Walmart (among others). Two converging points are worth noting:
Launched in Europe, then in Asia, the consequences were immediate. I would name 3: 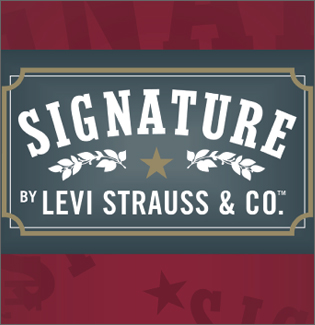 Despite this, Signature still represents only 5% to 6% of Levi sales (mainly the U.S.) and it does not seem that it is making an effort to really develop itself. One might therefore ask why the company is launching a new brand in China: why not use Signature?

Bain announces a stable 2010 for luxury goods (+1% on the basis of fixed exchange rates) after two disastrous years: 2008 with -2% and 2009 with -8%, which would set the global luxury market at 155 billion Euros, i.e. at the 2005/2006 level. Analysts diverge between the idea that 2011 will take off "like before the crisis", and fears that it has fundamentally changed consumer behaviour. I propose an analysis that is more nuanced – spotlighting the new complexities of the luxury market. This post is the first of a series on the issues of luxury – we shall return to study them point-by-point.
Let us first talk about markets:
Western markets: Many factors tend towards a questioning of conventional attitudes vis-à-vis luxury and to a revision of values.
Emerging markets are seen by most brands as their new El Dorado. I believe that one should keep one’s head.  In fact:
So, from a market perspective, the coming years will demand responses that are much more complex than those which most brands are used to.
Next week I will offer a follow-up of this analysis: I will address the issues of price, quality & service...

On BrandWatch, I referred several times to the new strategy of some U.S. retailers (like Safeway), which consists of building a private label in the U.S. and then selling it abroad at other retailers' outlets - making it into a true national brand. IndiaRetailBiz now tells us that Walmart is implementing a similar strategy in India. Walmart, in November 2006, signed a joint venture with Bharti Retail - a subsidiary of Bharti Enterprises, a company of the Mittal Group, which specializes in distribution. It turns out that India does not (yet) authorize foreign investment in multi-brand retail so Walmart stepped in, in two different ways:

The question of retail and direct access to consumers then comes up. The answer was simple. Bharti Retail opened stores under the "Easyday" ensign (there are thirty in the Punjab and Haryana - and now in Delhi). These stores have two distinct features:

We find ourselves, for all practical purposes, at one of Walmart's partners, but the American retailer establishes itself in the Indian distribution landscape without doing so officially, by means of its products and its graphic identity: when the Indian regulations change, only the sign will have to be modified and the name Walmart attached.