How can Gucci be reinvented? (1) The current situation 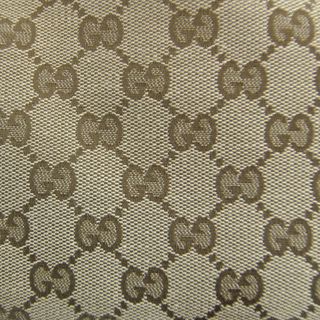 In 2013 - for the first time since the brand was saved by Domenico De Sole and Tom Ford in 1994 - Gucci has seen its growth grind to a halt: sales actually declined by 2.1% - from 3.639 billion to 3.561 billion Euros.  Of course, the ground covered so far is impressive: in 1994 (the first profitable year) revenue totalled 264 million dollars (approximately 214 million Euros).  This is a sudden snag for Kering's flagship brand that was used to a double-digit rate growth: 17.6% in 2010, 17.9% in 2011, and 15.8% in 2012.  For Kering it comes as a blow: Gucci represented 40% of the group's sales and 60% of EBIT in 2012 and has generated one billion dollars in cash for the group (source: Exane Paribas Research)!
One should look for the reason for this poor performance in China (found under 'Asia Pacific' in Kering's ledgers – a region that represents 34% of its sales): a decline of 4% in Q4 followed a regression of 2% in Q3, after a growth of only 1.6% over the first half of the year. Chinese consumers are turning away from Gucci.  I was a witness to this myself while questioning Executive MBA students working in the media in Shanghai and Beijing last year. "We no longer wear Gucci or LV, but BV (Bottega Veneta) instead, because we do not want any logos ... and BV is still recognizable thanks to its leather work!"  They thus put the finger at the principal problem encountered by Gucci (and Louis Vuitton) in China: by multiplying entry-level products in canvas covered with logos, the brand is losing itself.
Two factors prove it:

The brand also holds the responsibility for two other weaknesses: the proliferation of sales outlets (56 shops in China, while Chanel has only 10), and the emergence of a parallel market that floods China with entry-level products. The origin of this "parallel" is well known: to ensure their sales targets in Europe, brands sell their products to resellers who then play on the Europe vs. China price differential (up to 50/70%) to be sure of earning a comfortable margin.  These two drawbacks have intensified the dilution of the brand in China and its loss of prestige: far from being exclusive, as any luxury brand should be, Gucci – in spite of repositioning of its offer - has seen its image weaken because of its "authorized" (its own retail outlets) and "unauthorized" omnipresence (the 'parallel' outlets offering canvas and logo at a discount).  How can it extricate itself from this downward spiral? (To be continued…)