Last week I was with a client at the Galeries Lafayette and Printemps in Paris, when they opened at 10 a.m.  Two things struck me:

Dior has just launched a new commercial for its fragrance J'Adore. This film speaks only of the perfumer, craftsmanship, ingredients and the alchemy that influences creation. It evokes the Murano glass bottle. This new film is perfectly in line with the very pronounced return of luxury brands to the roots of their craft (Gucci, Louis Vuitton and Hermès have produced such campaigns for the last two years). The brand seems to have abandoned its saga featuring its muse, Charlize Theron. However, I would like to offer another view of the history of the Dior J'Adore ad campaign which I think is more pertinent, and which reveal the anguish of a brand: Thus, for the last 10 years, is not the Dior J'Adore saga in fact a long pursuit of Chanel No. 5 and its real muse Marilyn Monroe, like the movie recently released by Chanel shows: Is it not time for Dior J'Adore to actually acquire a message of its own and not borrow from a legacy that does not belong to it?

Shanghai Tang - where is it headed? 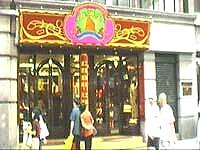 I met David Tang in Hong Kong in 1997, during a visit to Shanghai Tang's flagship store in Pedder Street. I was struck by the "emporium"  style of the boutique, combining traditional Chinese jackets and usurped 'Mao' objects. The Independent spoke of it as the era of "high-quality China kitsch".  Richemont had just bought the brand, seeing behind the glibness of the creator an attempt to build a Chinese brand. After several years without a clear direction, it decided to make it the first Chinese luxury brand.  Since 2001 Shanghai Tang projects itself as such. Where does it stand in 2013?
We can only applaud the tremendous work that has been done in terms of style and design under the direction of Joanne Ooi. The boutiques have been modernized and there is, evidently, a stylistic Shanghai Tang identity, in bright colours and dark wood. But is that enough to make it a Chinese luxury brand? 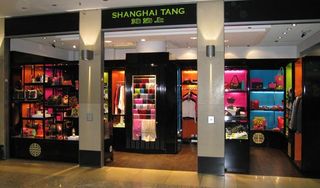 My answer is, on the whole, negative, for two reasons:

Which means that Shanghai Tang's problem is one of positioning.

A fascinating bit of information confirms that the brand positioning is not what it seems. It currently has 40 shops, including only 19 in China. Thus we see that the development grew first on an international plane before it was constructed on its supposedly "domestic" market.  But more interesting is an analysis of Chinese boutiques: there are 6 boutiques in the centre of town (including 3 in Shanghai), 9 boutiques at airports, and outlets in four hotels (like the Peninsula in Shanghai). This combination again shows that the clients targeted are international travellers - among which the Chinese are probably a minority (but would the brand agree to provide statistics?).
Nevertheless, one point deserves all our attention: the 3 other downtown boutiques of the brand were opened in 2nd tier cities in 2012 (Kunming, Xiamen, Shenyang). This shows that Shanghai Tang has finally decided to take an interest in its "home" market and go in search of a Chinese clientele. This is a very good sign - but the question of style raised earlier, will it not come up again very soon?