I would like to put into perspective two issues that have been of concern to the world of luxury for some time – with some information that went unnoticed and found on a Chinese website:

Thus the arrival of Chinese luxury brands - relying both on traditional knowledge (as I said last year on BrandWatch regarding beauty) and Chinese nationalism - is now a reality. It will gradually take root in jewelry, in the tableware, in home fixtures and fittings... a new and welcome competition for European brands!

Zara has made a 180-degree turn in its perfume strategy. I offer a quick analysis in the form of a "Before & After".
BEFORE:

This is a major change: switching from traditional perfumery - luxury / slow-moving / selective – to perfumery that is trendy / fast-moving / inexpensive. The Zara perfume is now conceived like the Zara collection: inspired by top fashion designers, with quality ("no compromises on the composition"), and rapid rotation.  Perfume thus leaves perfumeries to become an affordable product and an impulse buy in fashion boutiques.  The reason why this business model is likely to succeed lies in the rotation/price combination.  Until now, most often, fashion brands that boasted of their own perfume positioned them in the selective price scale (even those from Victoria's Secret are in the $25 / $50 dollar range). I am willing to bet that Zara's example will be carefully analyzed ... and copied.

USA: the end of BOGOs?

WWD tells us, in an article in its September 3 issue ("Mass Market Beauty Shifts Promotional Gears") that mass-market beauty brands in the U.S. are radically changing their approach to promotional marketing: at the beginning of the year, L'Oreal Paris announced that they were withdrawing the Buy One Get One Free (BOGOs)  strategy of their "tactical arsenal".  It was followed by Revlon, among others. 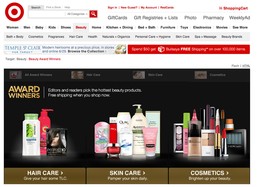 At a time of economic crisis and a shift towards value, brands and retailers realize that promotional frenzy not only destroys their margins but also destroys their image: consumers eventually come to believe that the brand is systematically discounted. This leads brands to rethink their marketing strategy by playing on other devices: gift cards, gifts with purchase, special events ... or - like Target – playing up the rewards received to encourage consumers, surfeited of novelties, to buy.
Walgreen's chose to innovate by taking - in partnership with Neutrogena, RoC and Revlon - pages of advertising in Vogue, Allure and Glamour, presenting products, advice and services. Maybelline (in partnership with Marie Claire) has created a pop-up store, open during the New York Fashion Week on Broadway, offering free make-up sessions. 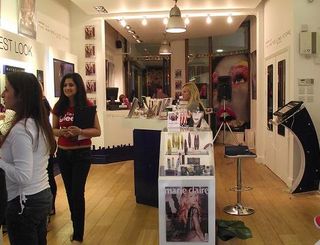 In fact brands and distributors of mass-market cosmetics adopt the same marketing strategies as selective beauty brands: how will the latter react?

I propose to continue our analysis of the relationship that China has with brands by focusing on a phenomenon that started about 5 years ago: the purchase of European brands by Chinese companies. Here is a list (not exhaustive … I would be delighted if readers of BrandWatch complete it):

Chinese companies have been building on the low-cost business model so far: the price made the difference, and some even resorted to dumping to get rid of competitors in markets. They have now clearly understood that owning a brand generates higher margins than being a manufacturer for the owner of the brand. This explains why over 20% of company heads surveyed in a recent study by The Economist ("A brave new world: The climate for Chinese M & A abroad", 2010) say they are in search of brands.
However, Chinese companies are faced with significant managerial shortcomings - especially where integration of foreign teams and marketing are concerned. The Economist's survey shows that Chinese companies have acquired 298 foreign companies in 2009 (including 13% in Europe and 13% in the U.S.), but only 39% of top managers surveyed believe they have the skills to integrate these acquisitions. The challenges ahead are therefore significant. However I am persuaded that the Chinese companies in question will acquire these skills rapidly ... not least because the European and U.S. business schools are setting up centres in the very lucrative MBA market in China with important local partners.

The future of retailing is at Carrefour Planet

Carrefour has just opened its new Planet concept in two of its stores in Lyon. I would like to take this occasion to analyze the essential elements of the concept - which will fundamentally change the very notion of a hypermarket: the increase in the number of brand shop-in-shops.
Two brands have entered with force: Apple, with a space selling the iPod and Mac, and Virgin with a cultural space. In both cases, Carrefour has drawn conclusions from its relative disappointment in essential non-food categories. I would summarize its reasoning in five points:

The French supermarkets have reached a new turning point: the powerful national brands, and the specialized retailers that were until today confined to shopping malls, now enter the hypermarket.  In a certain manner the new model is a combination of the traditional supermarket and a department store.  Supermarkets will gradually become renters of commercial space in their stores, and entrust their partners with the management of their own floor space (stocks, personnel).  Consumers and brands will find this really advantageous: several of my clients, who "reclaimed" spaces previously managed by department stores, have greatly increased their sales by optimizing their replenishment, responsiveness and service levels. In this new model - which is also being implemented in the USA (Sephora at JC Penney and CVS Boots at Target and CVS...) - each partner finds its advantages, in terms of image, as well as traffic and sales. This can only spread to other categories: When will we find an H&M shop-in-shop at Carrefour Planet?

The title of this first post of September IS NOT "Chinese love brands". I suggest we look beyond a banal observation about the growth potential for brands in the Chinese market, and offer a more detailed analysis of what the rules of the game seem to be in China right now with regard to brands.  To do so, I shall strive to put into perspective a number of reports that we have been receiving over the past several months - in the form of a series of posts.

Contrary to what some may claim, this is not purely nostalgia. I see three salient points common to these examples: