Under this generic brand aesthetics heading, my intention is to reflect with you on the world of brands, as seen from the angle of their aesthetics. I use that term here, not in the philosophical sense related to beauty, but in a semiotic sense. The aesthetics of brands relate to the manner in which they approach sensitivity, the aesthetic, multisensory treatment of each of their creations.

The most important article of the male wardrobe is now, more than ever, the jacket. A brief statistical review of the November issue of “Gentleman” shows that 48 photographs feature men wearing a jacket, against 19 who are informally dressed. It is true that the holiday season is conducive to formal wear, yet the attention and creative frenzy that the jacket is subject to is a constant surprise. Prada jackets are so short that hands can be slipped into trouser pockets without causing a crease; double-breasted suits are back in force; H & M offers tuxedos; Carlo Brandelli in London revives the original Armani unstructured jacket and christens it the "Kilgour Skeleton", while Paul Smith presents a 5-button tartan jacket, etc.

Indestructible jacket, eternally reinvented, which still remains, at the dawn of the 21st century, the most significant piece of clothing in menswear. Despite postmodern trends, iconoclastic and detrimental to any formalism, despite the advent of a leisure-oriented civilization favoring the informal look, the jacket – part of a suit, sporty, with jeans or sneakers, is the element that best defines the person wearing it.

The considerations are many and complex in the relationship established between a product and a person before actually reaching the point where a purchase is made.

"... What are the benefits that this article brings me? An impeccable cut ... The lightness and suppleness of the fabric ... the refined feel of cashmere ... the color that goes with my eyes ... cut in the Anglo-Saxon style ... it gives me confidence in myself … they will see that I'm in the loop ... It is the double-breasted suit worthy of a leader."

The discourse is even more complex when considering the identity the brand has superposed on it.  The purchase will take place because it brings the satisfaction that comes from both the intrinsic qualities of the product as well as the values that are triggered by our life in a society. Let us look at these two dimensions. "What would you like to drink with your meal?" "Plain mineral water, please...".  Within a period of two weeks I have been offered, in three different restaurants - two in France and one in Denmark, a mineral water that I hitherto knew nothing about: FRESH. A superbly designed bottle.  A taste that is neutral. A price that is exorbitant: between 5€ and 10€ depending on the circumstance (a bottle of Vittel costs between 3€ and 5 €).  Remembering the Colette "Water Bar" where you could taste 96 different types of water, I thought I would find here one of the 3000 bottled waters that one finds the world over.  What was my surprise last week to find a small leaflet on the table of the restaurant, praising the "taste sensation" ("pure water that respects the aroma of wine and flavour of food"), and the beneficial effects on health and environment of FRESH!  On the reverse, one sentence: "FRESH is local water, plain or sparkling, produced on-site in the restaurant"... 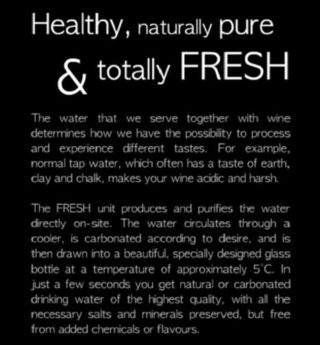 I carry out my investigation, which eventually leads me to the website www.nordaqfresh.com: FRESH turns out to be a filtration process for tap water!

So I was being served filtered carbonated tap water for double the price of a brand mineral water.

We have here all the makings of a consumer / customer mystification: I am being sold, at a premium price, filtered tap water - leaving the restaurateur the option to enlighten me (or not) about the properties of this water.  But in two out of the 3 restaurants in question, I was given no information at all!  So I naively ordered and consumed water whose price found justification in the design of the bottle and the idea that I held of its "exotic" source.

In the third case the restaurateur was honest enough to enlighten me: I know now that because of my desire to protect the environment and keep healthy, he substantially increases his profits.  This is confirmed on the FRESH website: a testimony from a restaurateur highlights the "improved margin in our water sector"!

This is an example of a caricature of an initiative, taking the consumer for a sucker.  He pays dearly for, at worst, a beautiful bottle and a "rare" water, at best, for his environmental scruples.

This said, I would still not disapprove the merits of this initiative: filtered table water is an excellent initiative... on condition that it is clearly indicated and the price is appropriate!

"Give, in order to receive" 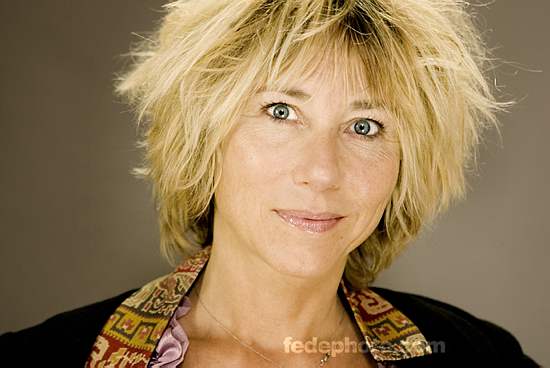 Virginie Michelet today takes us to the side of the givers ... maybe her article will encourage us to read the great anthropologists again! (Thanks to Alph B. Seny, for the photo!)

A gift creates confidence and reciprocity. Giving something, affirms a position. The first to have understood this in the beauty industry world is Estée Lauder, with its "A Gift with a Purchase" offer, making it one of the leading companies in the field, controlling up to 45% of the cosmetics business in department stores in the USA (1998), and emulated by the entire profession. That was in 1948. This approach, it is certain, proved to be a catalyst for such abundance that those who thought they would just "run a nice little business" are still not quite over it.  Broadly speaking, I am convinced that there are the believers and the non-believers.  Is this a matter of education of the leaders, (we can imagine just for laughs) whose poker-playing fathers with questionable resources, have traumatized for life?  Or a question of cost control zealots on the warpath? Or a matter of corporate philosophy? Or simply a matter of having understood that allowing people to dream is also giving of oneself or one's product in one way or in another? Or, again, a question of knowing what luxury is?  I would like someone, some day, to substantiate with hard facts and figures, a comparison between those who give and those who are sparing, just to prove that what I am saying here is scientifically relevant. In the field of journalism, the same principle applies, and to an even greater extent: Journalists receive invitations and other little extras that impart glamour to a profession whose members, for the most part, rarely travel on roads paved with gold. While visiting the Beyond Beauty exhibition the other day, I was once again struck by the indifference of some to whom I said I was a journalist, while others greeted me with open arms and immediately invited me to try out their products. 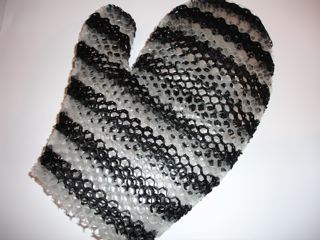 The winner is, without doubt, the company from the west coast of the United States which, no sooner had I glanced at one of their products, it was graciously offered to me. It was a bath mitt with an unusual texture.  I learned a little later that a fashion designer, French and well-known, had asked them one day to make one according to his design ... Who?  No matter, the glove is original, the material extraordinary (I will let you discover it on www.supracor.com), and the welcome most pleasant. A typically Californian company, you say?  Certainly.  But I was also well received by a French company selling organic products that were original too, at very competitive prices (www.planetebleue-ecologie.com/site/accueil/).

In times of crisis, it is often said, you need to know how to use any wood for fire, and show great creativity.  Since we are on the subject of crisis, I wonder which companies will come out unscathed… the tightwads or the generous?  All bets are open.

A Spa that is Out of the Ordinary

At a time when each hotel spa is more sophisticated than the next - where they seek associations with the most prestigious brands (and are more or less successful - you may remember our note of 5th October on the Guerlain spa at the Trianon Palace) I wanted to mention a spa concept that is off the beaten track. This spa cannot be disassociated from the hotel that houses it. This only confirms what I advance constantly on this blog: the strength of a concept is based primarily on the existence of a "world vision", shared and coherent (even though in our hotel here, the implementation of this vision - another key element – sometimes leaves something to be desired ...).

Imagine a hotel that wants you to feel "at home", which seeks to give you a welcome that is personalized, a hotel where the attitude is courteous and familiar, making you an appreciated guest in a pleasant, sophisticated and elegant setting.  A holistic view of life that is reflected in an organic restaurant and ... a very special spa.  This place is open to you all through your stay, until 10 p.m.  During your first visit, you are shown the hammam, the sauna, the cold-water pool to use after them, the table on which are disposed the two exfoliating scrubs prepared daily, another one on which you find masks and moisturizing products. You are also shown the lounge, the Jacuzzi, the shower-stalls, the hammock-for-two, the alcove with large cushions under heat lamps; you are offered orange and lemon water, dry fruit.  You are thus initiated into a personal journey, and you may manage it in the manner you wish.... You are free to organize your own spa experience. You pay around € 30 for this surprising pleasure ... for your whole stay!  A far cry from the spas at 90 € the hour.

You find this spa concept at the Axel Guldsmeden Hotel in Copenhagen: I think it is a real breath of fresh air, a welcome innovation ... and easy on the purse!