Is Your Brand an Ingredient Brand? (Brand Dynamics 2/7) 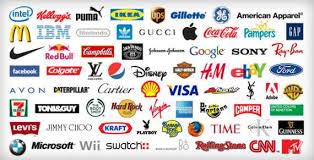 Our first Brand Type is found in categories where ingredients or materials are both important and carry a positive image.
Why are ingredients or materials important for that category? For a very simple reason: because some of their values are critical for the category itself. Take for instance the skincare category. Thermal water - the founding ingredient both of the L’Oréal brand Biotherm and of Laboratoire Pierre Fabre’s brand Avène - is endowed with strong positive values when it comes to health. In Europe it has long been associated with health resorts where doctors send people to cure their ailments (each thermal water having specific health benefits). Thermal water also benefits from the positive image of water, thus being associated with hydration. As a consequence products that use thermal water will be seen as both good for health and having strong hydrating benefits. These ingredients therefore vindicate, endorse and legitimize the quality of the product manufactured by the brand.
Such ingredients or materials are to be found mostly in beauty, food and health categories. But as we will see they can also be found in apparel, jewelry or in BtoB categories.
We will therefore define an Ingredient Brand as a brand that masters, in all its forms, an ingredient, a material or a product that is critical to the brand’s expertise.

How do Ingredient Brands communicate?

All Ingredient Brands showcase their founding element (the ingredient or the material). They will build all their communication on the ingredient itself, using its positive imagery to build the brand itself. Therefore most of them will use depictions of the ingredient (and/or material):

In the Beginning, the Category (Brand Dynamics 1/6)

This post is the first of a series of 6, introducing my vision of Brand Dynamics and Brand Typology. This post being quite long is spread over two pages!

When a consumer walks down a supermarket aisle, when a buyer looks up a professional directory they both have in mind – first and foremost – a category: “I must buy a bottle of Champagne for our marriage anniversary” / “I must find a reliable source of silicones”. They mostly do NOT have a brand in mind. It is only at a later stage that they will come to grips with “Do I favor Moët or Veuve?” or “Do I go for Dow Corning or Xiameter?”. All consumers think in categories.

1. Consumers have a clear representation of each category: introducing Category Meaning Systems
Getting to understand how consumers think of categories is a fascinating process. In the course of my professional life I have studied many categories with colleagues in psychology and sociology. Every such study reveals understandings that are a boon for a brand manager. They show that one should start by identifying the category’s meaning system, before any sort of study of a brand. Let us have a look at two such cases – and what implications such studies have for business (NB: only one is analyzed here today).

The laundry care/fabric conditioner case:
Consumer panels can be misleading: when asked what is the most important thing in a fabric conditioner consumers answer “fragrance”. Brands will then focus on developing new fragrances and be often surprised at how poorly they perform. Why? Because they have not made an in-depth representational analysis of the category.  Here is what it could be.
What is laundry? Laundry is double-faced: it is both part of our social life (the clothes we wear and how we are perceived by others) and intimate (my vision of myself, the clothes that I wear on my skin every day).  It therefore is a category with high consumer involvement – where category meaning is technical (product characteristics), functional (product performance) and emotional.
Who takes care of laundry? Women (in the collective mindset). Laundry has always been associated with the work women do at home – taking care of their family’s well being.
What is a fabric conditioner? A product added in the washing machine that is supposed to “help your laundry feel and smell fantastic” (as Unilever says on their Comfort website). What do these products bring to the consumer? Mostly emotional benefits: fragrance (fragrance is linked to smell – which is fundamentally emotional), freshness, and softness.
The woman who takes care of the laundry is not only performing a technical/functional task (washing clothes): she also shows she cares for her family. She is both the perfect housewife and the caring mother. Therefore using a fabric conditioner is an act of love.
Unilever in its permanent fight with P&G decided to enter in 1969 the laundry care category with a brand named Comfort – successful in the UK but with little success in certain European countries (like Germany or France). Of course the word Comfort tells us of functional benefits – how comfortable one will be in a shirt – and it has some emotional benefits. But the name is not the only sign that impacts the consumer. Visual signs are often more meaningful. The logo is one of these visual signs. The Comfort logo is fascinating: it is different from country to country. Let us put side by side the China (& India) logo with the UK logo:

The difference is slight but quite revealing: in the UK logo a heart has been introduced since 1992. The UK logo is about love – expressed discreetly.
Now what happened in Germany and France is enlightening. Faced with the poor performance of the Comfort brand the German subsidiary developed a completely different brand named “Kuschelweich” (meaning ‘Soft/Cuddly’) and adopted as mascot (another of the visual signs conveying brand meaning) a teddy bear – with huge success. Everyone saw in it a symbol of softness but my analysis is different: the teddy bear is the perfect example of the ‘transitional object’ or ‘comfort object’ as introduced by Donald Winnicott. A transitional object is a physical object that takes the place of the mother-child bond.  Infants see themselves and their mother as a whole so that when the young child separates to gain independence from his mother it needs objects that embody that lost link. It is the first object that really belongs to the child. All mothers know that the child’s teddy bear must NOT be washed. The loving care of a mother for her children is therefore embodied into the teddy bear: the choice of the teddy bear was a brilliant marketing decision.
In France the brand is launched under the name Cajoline – with the same teddy bear and in the USA Comfort is transformed into Snuggle in 1983 – with a subsequent tripling of their market share.

Lire la suite "In the Beginning, the Category (Brand Dynamics 1/6)" » 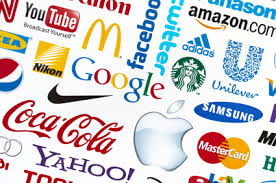 Chinese President Xi Jinping’s revival of a new silk road, on a diplomatic and economic level, may be already followed by companies….

Wensli Group is the largest producer of silk in the city of Hangzhou, outside of Shanghai. This ancient center of silk for 1300 years, and its 1000 silk companies, exported 44 200 tons (322 million euros) of silk in 2013, about 30% of the domestic market. End of 2014, this company founded in 1975, purchased a century old factory in France, Marc Rozier, which used to produce silk for Hermès in the city of Lyon. Patrick Bonnefond, a former CEO of Hermes Silk Holding Group, was appointed on the board of directors of Wensli. Recently the Honorary Chairman, Ms Tu Hongyan, 37th on Forbes China Power Women list in 2014, claimed that her strategy was to create a Chinese Hermès. What does that reveal? 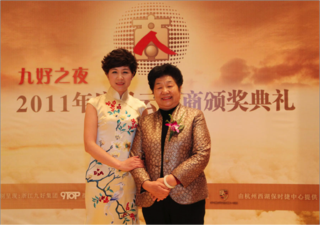 On the one hand, it shows that China wants to regain its status of silk producer. Indeed Ms Tu’s mother grew the business through export, but the daughter learnt about quality in Japanese mills, and understands the importance of brands. On the other hand it shows that high-end branding knowledge is still in a process of acquisition for many local producers.

For instance this ad from the Wensli website shows a "copy" strategy of Hermès: 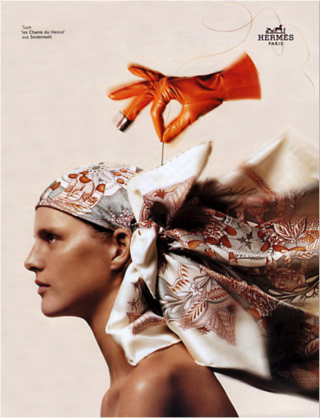 Let us hope that they will work on developping a true personal brand image.

My questions are: Why do Chinese companies still need to have a foreign model? Why would anyone like to become someone else?
Although Hermès brand is famous for silk, they do not sell silk. They have become a world famous brand for their continuous investment in craftsmanship, quality, heritage and design, for five generations. The orange gift box that Wensli uses to wrap up a 400 Rmb (45 euros) silk scarf sold in their headquarters’ gift shop seems from another age. Hermès is not a product, it is not silk, nor an orange box. It cannot be copied because the intangible dimension of a brand goes beyond what a manufacturer can reproduce, however technologically advanced their machines are. A brand is in people’s mind. Can “made in France” scarves made by Wensli compete with Hermes, even with Marc Rozier? I think that is not the issue, and I would rather suggest Chinese managers to take the time to build a long-term brand strategy, to dig into their splendid culture, blend it with modern design, work with talented Chinese artists, and the whole world might be attracted again by Chinese silk.